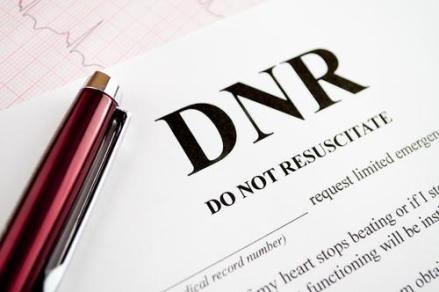 A teen mom, who originally agreed to a do-not-resuscitate order imposed by child welfare officials on her brain-damaged daughter, is now fighting to reverse the judge-approved order.

What is wrong is that she cannot save her daughter, but she wants to keep her alive, regardless. I know I will probably ruffle a lot of feathers with this post, but as a mother, I cannot comprehend this girl’s thought process. Perhaps it is because she is just a girl. She is only 18 and trying to make a grown up decision that will affect another person’s life, her daughter’s, that could last weeks or months, possibly even years, at worst.

However, when the harm has come, when your child is lying there in pain, suffering, unable to heal, it is time to stop thinking like a mother and start thinking like a reasoning human being. It is time to say that there are things in nature that we cannot change, yet. There are things that we cannot fix. It does not mean that we no longer love our child; it means that we love them enough to let go.

By all reports, the child, shaken by the father so hard that she was “neurologically devastated”, is now a spastic quadriplegic, no longer able to see, hear, suck, or even swallow. She has a feeding tube, which supplies her nutrients, and she exhibits signs that she is in severe pain based on reports from the doctors and the foster mother. For more than half of this child’s life, the past nine months out of her fifteen months of life, she has been in this state and now the mother wants to prolong it further.

In my opinion, this is heartless. I have seen people I love, as adults, who were terminally ill on feeding tubes and heard their stories of the pain and constant discomfort they suffered. They were able to understand the need for the tubes; they were able to rationalize whether they wanted to remain on the tube for themselves. They had lived full lives, or at least a couple of decades prior to the tube and had things they needed to finish before leaving. It was their decision to make and it was honored as such. In the pain that she is in, what would this child choose for herself?

However, sadly, this child cannot choose for herself, she is not allowed by law even if she could speak. She physically cannot say “it hurts, take it away”, she cannot even use her hands to pull at the tube as an indicator of pain, as a fifteen-month-old would normally do. She does not have that luxury. All she has are the high-pitched cries that indicate her pain, cries that will not go away, cries that tell her story to those who will listen.

I do not know if Maine has the same laws as some other states, laws that say that if a person dies within a year of being physically attacked/injured and not recovering that the person who inflicted the damage is charged with murder. I do not know if that is a consideration or a factor weighed in the discussion of the DNR order that is currently making the rounds. It does not really matter.

What matters is that after decades of public discussion about shaken baby syndrome, after all the parenting classes offered in communities, houses of worship, local schools sponsoring groups to speak to young parents, this tragedy still occurred. A 22-year-old man shook a child so violently that life, as she could have known it is over. He made a snap decision that will affect not only his own life, but also the lives of the innocent child, her mother and all the other loved ones now embroiled in this messy battle to determine what is best.

If he could turn back time, surely he would undo the actions taken. Not just for himself, and the child’s mother, but for the beautiful little girl who will never have a chance at the life that could have been. He would turn back time for the pain that she suffered and is suffering still. Unfortunately, he cannot. Now it is up to the mother to make the best decision for her daughter’s limited future. Should she fight to keep her daughter here, even in the pain that she is experiencing which cannot be resolved? Should she let nature take its course and just love her daughter for the time she has left and let her go when the time comes? What would you do?