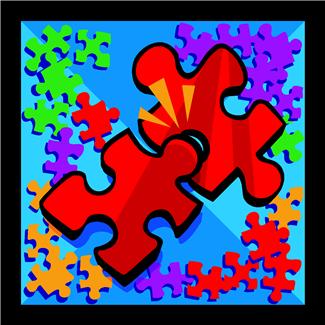 The old wives had their “apple a day” wisdom as a way to stay healthy, but as witches, just because we are all grown up, does not mean that we do not still like to play games. More importantly, as we age, we need to play games every day. Keeping our mind fresh and flexible is an important part of being able to craft spells and do spell work.

As we see in news reports and health magazines all the time, it is crucial to keep our mind young by playing games or doing something new. Challenging the brain in various ways can help to keep dementia at bay. While not everyone will have to face the specter of dementia, it is on the rise in many of the most developed nations. As a witch who comes from a bloodline fraught with dementia and other brain related diseases, on the paternal side. I have taken to challenging myself now, so that in another 30 or 40 years when I reach the age that dementia starts rearing its ugly head I will be in a better position to stave it off, unlike my father. Therefore, while I will not be posting a game a day, by any means, one will occasionally show up here just for your fun and for your health, too. 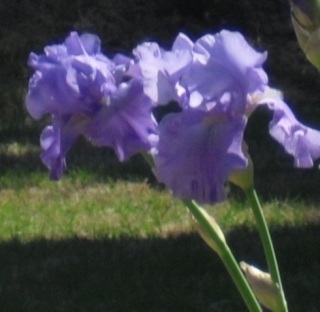 Every experienced witch comes across it eventually; the tender young witchlings who want to know everything the elder witch has learned. They want to sit at their elder’s feet and absorb knowledge like a sponge sucking up water. Their bright eyes and eager faces all but shine with anticipation of all they want to learn and they will do “anything, just anything you ask”! I have said it before, and I will say it again, the importance of questioning and/or investigating the ethics and morality of those who approach us to teach them is of paramount importance.

While not all witches hold to the exact same ethical code, each witch does have their own version of an ethical code. Some choose to give freely, some charge. Some witches follow the law of three and believe that they are enjoined from causing any harm. Other witches subscribe to the “Do as ye will shall be the whole of the law” practice of the craft. Sometimes it seems as though there are as many different beliefs about how to practice witchcraft as there are witches.

Some witches believe that it is not only wise to question thoroughly any person who professes to want to learn from you but also that it is imperative. That what you teach, what you pass on to another, you bear a part in the way they practice their craft. Other witches feel that while teaching the craft, as long as the student is properly warned against the possible pitfalls, side effects, and repercussions, that once taught, the student is wholly responsible for their own actions.

I am a strong believer in the route of accountability. If I admonish them not to take a certain action for ethical reasons and they commit to the action, regardless, I feel I bear a portion of the blame. Most of the witches I know, and respect, believe in the teaching the craft from a point of accountability. If you doubt the intentions of the person trying to learn magick, if you feel that they are going to use what you teach them in a manner which you would find personally unacceptable to your own code of honor, whatever that may be, then it is your responsibility to say no. Turn them away. You, alone, must decide if you should teach them or turn them away.

Be honest with yourself in your investigations; do not “hope” that they will do as you believe. That is an easy way to disappoint yourself and allow them to disappoint you as well. As an example, in 2000, I took on a student who was a person I knew very well, but had not been around much for a few years. I was hesitant to begin with, but thought, “Well, maybe now that she is a grown up, 22, she will step up to the bar.” I should have known that would not be the case. I wrote out a lesson plan, assigned reading, and gave her books to “borrow”. I explained that they were my late husband’s and I wanted them back in good condition.

Well, not only did she never return the books, she had no idea what happened to them (supposedly) but also came to me asking for specific spells. She wanted money spells, controlling spells, and revenge spells when the outline I had given her explained on the very first page that I would not teach any spells to her at all until I was certain that she had the proper mindset to use them properly. Obviously, the tutelage was not important enough to her for her to even read the first lesson. As such, I carefully and bluntly told her that she was not worth the effort to teach.

For this reason, and a few others, the longer I study, learn, and practice my own craft, the less likely I tend to be to accept new witchlings as pupils. The “bad student” was learning free but I do not care how much a new witchling offers as payment, unless I feel that I may completely trust them as a student with the practice of witchcraft, I will not teach them. I learned the hard way due to that one time to accurately judge people and observe them before I give any lessons. Bear in mind, I still have no problems pointing someone I do not know toward books and/or authors that may help them learn, but that is as far as it goes.

I take the practice of witchcraft to be a sacred duty. I use witchcraft to heal, to help, and to serve the greater good. Naive? Maybe. I do not care. If I raise power and focus intent, then I am responsible for the effect it has and that is just how it is as I see it. If I cause harm to others without intention, it is still harm and I will still make reparations. I do this, not because of a mythical “law of three” created a few decades ago, but because it is the right thing to do. I do it because it is ethically right and morally correct. I do it because I love my sons and I want them to see me doing the right thing so that they learn from my example. That is what witching parents do.